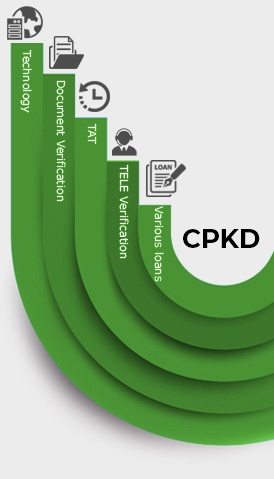 We conduct Residence / Business address verification activity to confirm applicant / candidate existence at given address. Our Field Executives personally visit to the given and gathered maximum information about the applicant. Following information gathered at the time of verification.

Kaushik Yegnan has over 20 years of experience in business strategy, marketing, media and information technology domains. He headed the business development and marketing functions at CA Satyam ASP, a joint venture between Computer Associates US and Satyam Computers India.

Mr. Yegnan was involved with the early phases of e-learning implementations in India with Brainvisa Technologies before founding Skandsoft Technologies, which focused on Auto-ID/RFID solutions.

Skandsoft received global recognition as the “Best Emerging Technologies Company” by Frost and Sullivan, USA, in 2006, for its innovative and US patented SETU, an advanced data capture and management platform developed by Skandsoft Technologies.

Mr. Yegnan is in the panel of experts at TATA – NEN (National Entrepreneurship Network) for evaluation of hottest startups in India.

The close association with renewable and clean-tech companies led him to setup Global Green Energy & Power Corporation Limited, United Kingdom. Global Green Energy & Power Corporation Limited (GGEPCL) is a green energy platform with an explicit focus to Build, Own and Operate (BOO) clean energy projects in locations across the globe. Headquartered in London, United Kingdom, GGEPCL is a holding company for all clean energy assets in India, Rwanda, Niger, Burkina Faso, and Swaziland.

Before starting out the above-mentioned venture, Anubhav Kacker worked in the following capacities in the Indian Financial Sector:

Ashok Kacker has more than 3 decades of experience of working in the Government as an Indian Revenue Service (IRS – Income Tax) Officer. After seeking voluntary retirement from Government in 2007 (while working as a Chief Commissioner of Income Tax), he is currently involved in providing Financial & Tax Consultancy Services. During his long years with the Government he has held important senior positions both in Executive capacities as well as in policy formulation roles. He enjoys a verifiable and distinguished track record of increasing performance through dynamic leadership. He was acknowledged and commended throughout his career for proven ability to deliver.

The vast experience in the Government spans across several fields like Administration, Assessment of Corporate and large Industrial houses, Property valuation and compulsory acquisition of properties, Investigation of accounts and Prosecution. In a career spanning almost four decades, he has acquired skills in the analysis and study of Balance sheets, corporate structures, International Taxation, Amalgamations, Mergers &amp; Acquisitions. In addition, he also possesses good knowledge of the Tax arbitration and settlement of cases with tax demands having worked in the Income Tax Settlement Commission.

Service experience with the Government also includes a stint as Executive Director for 6 years (1995-2001) with Securities Exchange Board of India (SEBI). These were the formative years of the newly set up Indian Securities Regulator (SEBI) and Mr. Kacker had direct responsibilities in various positions of Administration and Stock Exchange regulation apart from other regulatory responsibilities.

He holds a Masters degree in Physics from the University of Allahabad, were he topped the faculty in 1972.

Ashok Kacker serves as an Independent Director on the Boards of Max India Limited, a multi business corporate in the fields of healthcare/ health Insurance and senior living, and Max Ventures and Industries Ltd. He has also been the member on the Governing Board of the Umrao Institute of Medical Science and Research Trust at Thane (Mumbai).

Ashok Kacker is the Founder and Managing Partner of A.K. Advisors and Consultants, an Advisory Company in area of Financial Services located at Mumbai.

In this venture he also draws help and advice from his wife Mrs. Manjari Kacker, also an ex IRS officer, and a former member of the Central Board of Direct Taxes (CBDT).

Ashok Kacker has also served on the Board of Mahindra Satyam in 2012–13 as an Independent Director having been nominated by the Ministry of Corporate affairs, Government of India to protect the interest of the small investor in the company.

He also serves as Director/ Chairman of Golden Greens Golf & Resorts Limited, an exclusive and one of its kind golf course in the National Capital Region of Delhi – Gurgoan.